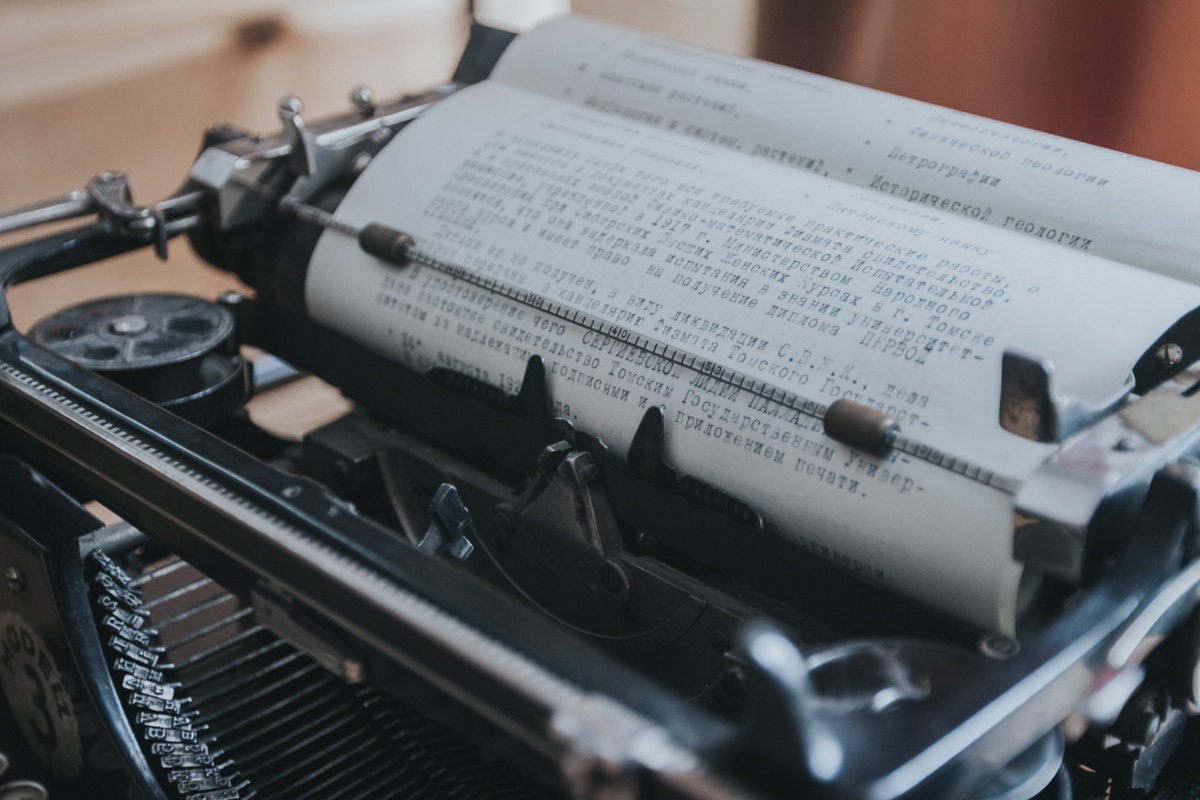 As one of the more tactical managers, JP Morgan has made several trades over the second quarter. Being a tactical manager can be beneficial in a volatile environment such as the one we are currently in, where volatility for stocks is running about 60% above its long-term average and volatility for bonds has been above 100% of its long-term average. Fixed income has not been the safe-haven diversifier that it has been historically, making it a particularly challenging time for multi-asset investors. The historically negative correlation between stocks and bonds has not been reliable, and the main driver of market stress has been inflation, putting upward pressure on interest rates and downward pressure on equity market prices.

JP Morgan has reduced their risk throughout the quarter. For example, JPM reduced the equity allocation down for the 60/40 portfolio to only have about 57% held in equities; adding it to cash instead of fixed income, which would have continued to maintain a sensitivity to interest rates. Currently, JP Morgan believes that rates look more attractive at current levels and has begun to add back to fixed income in response. It is very likely that rates will continue to move higher from here. JPM is still maintaining a very slight underweight to duration.

JP Morgan is still very bearish on equities, especially with the upcoming earnings season, which they expect to be more disappointing than the market thinks. Earnings estimates have barely moved since the start of 2022, which is a main reason for their bearish equity outlook. JPM also believes that inflation moving to the highest levels seen in 40 years will have a negative impact on margins that has not been reflected in analyst estimates either. Instead of allocating more of the equity allocation to traditional value or growth-oriented strategies, more is being allocated to defensive strategies. These defensive strategies include investments with a lower equity beta relative to the market, such as utilities and healthcare. In addition, JP Morgan is maintaining a higher weighting to cash to mitigate market volatility and have ‘dry powder’ on hand to invest when conditions warrant.

Lastly, JP Morgan plans to maintain their defensive positions until there are signs that inflation is rolling over in a meaningful way. There needs to be some indication that suggest that goods prices are moderating. Furthermore, commodity prices need to stay at their lower levels for a longer period of time. Lastly, rents need to stabilize.

Janus Henderson had been reducing their risk year to date and is not ready to go back into risk-assets quite yet. At the beginning of the year, Janus Henderson began reducing their risk exposure and allocating more into fixed income. Janus saw value emerging in fixed income, although they did not want to be overweight duration. They continue to feel comfortable with the rate of inflation, as they are seeing signs of peaking inflation, or even signs of a deceleration or roll over.

In equities, Janus Henderson believes that current earnings estimates are too high, but has been seeing some positive signs internationally in Asia, particularly in China. They aren’t ready to start investing yet, but are monitoring possible allocations into that region as their stimulus comes back in and some of their policies begin to resolve.

In order to begin investing in risk-assets again, Janus Henderson is looking for clear signals. For one, lower prices or a ‘market mistake’ that can then be used as an entry point. Janus is also waiting for the inflationary picture to become less bleak and revisions to current analyst expectations to provide clarity.

Thematic investments have had a large increase in demand over the last few years, primarily due to their ability to differentiate and diversify investments. When looking at Invesco’s theme lineup, the most attractive theme is clean energy, as well as clean water for diversification and a more defensive positioning.

The year has been extremely volatile, particularly in clean energy and water due to the global recession, inflationary environment, and aggressive Federal Reserve tightening. However, the Russian war in Ukraine has certainly highlighted the importance of having a reduced reliance on Russia’s crude oil supply. Furthermore, this shift should prove to be a huge catalyst for renewables and the alternative energy space as major oil and gas companies are increasingly becoming more aligned with renewables.

BlackRock has reduced their equity overweight this quarter, as there has been a lot of pressure on both stocks and bonds, but still maintains a preference to stocks. Active risk plays a large part in their model construction and such, has reduced it. In order to reduce overall volatility, BlackRock has cut exposure to small caps within some of their models and is allocating more to large caps that introduce exposure to low-carbon focused US stocks in the ESG models. Also, BlackRock has begun increasing their emerging markets allocation, though remaining underweight to that space.

In the current environment, although there are still higher than expected inflationary readings, there are also signs of collapsing oil and commodity prices. As a result, BlackRock believes that we may begin to experience a possible deflationary environment starting in the July reading.  As of right now, BlackRock still believes that the likelihood of a recession is less than 50% for at least the next six months. On the positive side, they are still seeing strong financials from both corporations and consumers. Blackrock is waiting on what the Fed will do next to determine what we should expect in future market movement.

There is still much uncertainty and volatility in the market, and there seemed to be no asset classes that closed the previous quarter positive. The yield curve inverted last quarter, which has historically been a reliable indicator of a coming recession. Also, Consumer Price Index (CPI) and Producer Price Index (PPI) readings have been higher than expected, although there have been signs that the Fed actions may reduce inflation pressures going forward. Further, the Russia-Ukraine conflict has put upward pressure on commodity prices. Technically, a recession is defined by two consecutive quarters of negative Gross Domestic Product (GDP). We are 50% of the way there, or are already in a recession now, as the outlook for the next quarter’s GDP is also negative.

PIMCO is looking for how the balance of slowing growth and rising inflation will take shape. They expect slowing growth in the second half of the year, near low single digits with an elevated possibility of a recession. This is a sign that inflation should begin to decline for the first time in a while. When looking closer at inflation, there are two distinct phases for the last 12-18 months. The first phase took place last summer as the economy began to open, with auto and travel services booming, bringing the inflation readings up to around 6%. The second phase, due to the food and energy spikes resulting from the Russia-Ukraine conflict coupled with elevated home prices and rents, brought it up to the current levels seen today. PIMCO believes that inflation will begin to moderate to around 6% by the end of the year, which will in turn calm market volatility.

From a portfolio perspective, PIMCO has reduced their high yield exposure to 0%, brought their allocation to investment grade credit up to 13%, and increased their allocation to their mortgage opportunity fund to 12%. PIMCO also allocated more to their emerging market external exposure, bringing the allocation closer to 5%. Their duration profile is now around 4.7 years, with a yield to maturity of 6.2%.

PIMCO believes that we may already be in a ‘technical recession’ which is defined as two consecutive quarters of contracting Gross Domestic Product (GDP). However, what really matters is what is priced into markets. Data shows that the markets have already been priced in for a mild recession. PIMCO does not believe that there will be a repeat of what happened in June, where the Fed almost had to overreact to a high inflation print that causes yields to sell off. Markets barely reacting to the higher-than-expected June CPI print backs this point.

Whether we are looking at the year to date or quarter to date returns, there have not been many safe havens in either equities or fixed income. In fixed income, Capital Group believes that most of the pain has already passed, although markets are not completely out of the woods yet. Going forward, we should begin to see stock and bond correlations normalize, eventually returning to their historical patterns. Capital Group suggests not abandoning fixed income, but rather evaluate current investments to determine if they are able to withstand the current environment. On the equity side, there is a transition from growth to value, where markets will really focus on earnings and fundamentals. Capital Group continues to add exposure to aerospace and defense, industrials, conglomerates, and healthcare. Although global growth is slowing and input costs will remain structurally higher, corporate balance sheets still look good relative to previous markets.

The Sector Equity model is designed to deliver risk-adjusted returns through a dynamic investment approach, focusing primarily on tilting US equity sector exposure based on shifts in the business cycle. There has been an overweight to energy, utilities, and healthcare which helped contribute to our outperformance.

Markets continue to experience general inflationary pressures, lowered growth momentum, and tightening financial conditions. Fidelity has taken steps to bring the portfolio more in-line with benchmark weightings while still maintaining an overweight to inflation-sensitive sectors (like materials and energy) as well as defensive sectors (such as utilities and healthcare). We are currently in a late-cycle expansion and Fidelity is closely monitoring recession indicators, which they believe are indicating a coming recession. While the US labor market continues to be relatively strong, rising mortgage rates, tightening financial conditions, and moderating economic activity will likely start to transmit negative impulses into the marketplace. Therefore, Fidelity believes that inflation will remain high on a secular basis.

Meeder had a significant defensive tilt entering the year and has continued to maintain that same stance. Meeder has been monitoring a specific ratio that indicates further slowdown. Since 1974, every Fed rate tightening cycle has ended with the Fed Funds Rate above the CPI year-over-year growth rate. Meeder continues to believe that that ratio/balance will continue to put pressure on valuations. Therefore, several more rate hikes are expected from the Fed throughout the remainder of the year and possibly into next year. This pattern will likely slow down if we see inflation start to mediate, or the Fed fund rate start to rise and close the spread.

Whether there will be a recession or not remains to be unseen, but there is certainly an economic slowdown taking place. When you look at consumer sentiment, we are at all-time lows. Corporate earnings have not taken a hit yet, although Meeder expects one this earnings season. The labor market has been resilient, although there has been signs of a slowdown.

Finally, Meeder has begun to increase exposure to international as valuations look more attractive on a relative basis. For instance, when looking at developed international, the Price to Earnings Ratios are lower than about 98% of their readings in history, making for an attractive entry point. Furthermore, Meeder has a slight value tilt with an overweight allocation to industrials, healthcare, and energy, but is taking an overall defensive stance.

Counterpoint’s positioning has been generally risk-off, keeping duration very low with current inflation readings. Counterpoint has also positioned about a third of the portfolio into Treasury Inflation Protected Securities (i.e. TIPS). They believe that the market is wrong, and that it is going to be a lot harder to slow inflation since it is not all commodity driven. The Fed is enough behind the curve that it is not going to be able to cut inflation even as we see markets slow down.