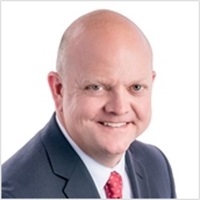 Mark joined TPFG in April of 2016 as an internal wholesaler covering the South Central region.  Prior to joining TPFG, Mark was the Desk Director at Curian Capital/Jackson National, overseeing Internal Sales team for the eastern half of the United States.  Mark has held several positions in the Financial Services industry, including being an Equity Market Maker, Financial Advisor and started in Operations.  An avid golfer, Mark is also a big fan of the Tennessee Titans. Mark currently holds a Series 65 license.